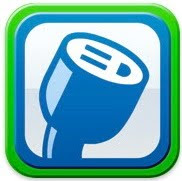 For years we've been hearing there's a chicken/egg situation with EVs. Consumers, it's often suggested, have rejected plug-in cars because there is no charging infrastructure. No, I've always said, we have a chicken problem. No plug-in cars. The infrastructure, ubiquitous electricity, exists.
Volts and LEAFs are being slowly delivered, but the public charge station rollout paid for by the feds is coming even more slowly, especially in places getting early vehicle allocations. And those that do exist are often encumbered by restrictions and fees.
PlugShare launches today, just in time. Radical democracy for plug-in cars. One doesn't even need an EV to participate. Strike a blow against Big Oil by letting cars plug in at your place.
Stories today in the SF Chronicle and NY Times.
Posted by Marc Geller at 7:54 AM

We want to sign up.
We'll leave the plug out for you!
We will sign up on PLugShare.
Lisa and Doug
Seal Beach

The economic argument for EVs is every bit as strong as the environmental argument.

PlugShare is such a cool idea. we have had a map on our EV club website that listed members that were willing to let people charge up at their house. this takes it to the next level. I have an outdoor 120V plug that I'll gladly share. not real fast, but if they were only a couple miles short of making it then it could help, or if they are doing something within walking distance from here, it could work.