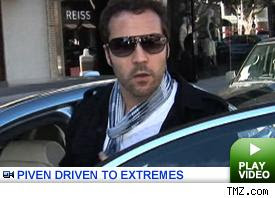 It's a shame the video on TMZ.com doesn't include the reporter's voiceover, because the narration I heard when the story aired on TV caught the reality of hydrogen hype better than most serious enviro journalism. Automakers using movie stars to greenwash was its essence. The story, as reported on TMZ.com:

He's all for saving the environment, but Jeremy Piven also likes to break the law!

TMZ caught Piven in front of the Newsroom Cafe on Robertson with his new hydrogen-powered BMW yesterday, where the "Entourage" star asked us to tell the Governator to get more hydrogen stations. Sure, Ari!

It's great that he's going green -- but does that make him special enough to park in a red zone?! 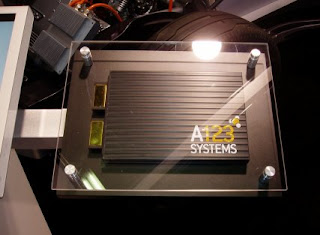 IEEE Tech Talk's John Voelker's report is titled EVS-23: A Surge of Energy for Electric Cars. It is a first comment on the palpable difference being experienced at this year's Electric Vehicle Symposium (EVS23), the electric drive industry trade show. An astounding 450 people attended Sunday's plug-in hybrid workshop. A member of congress, for the first time, spoke from the floor about promoting electric vehicles through federal legislation. Five major automakers have expensive displays. Voelker writes:

A year ago, the Chevrolet Volt was unknown......The demand for plug-in hybrids has exploded.....grumbled the City of Vancouver’s Brian Beck, “I’m ready to change the building code to require electric plugs throughout parking garages, but automakers tell me I can’t get their plug-in prototypes...

Still no plug-in hybrids or electric cars in showrooms, but things are looking up.
Posted by Marc Geller at 7:58 AM 2 comments: