Chevy Volt: Can't We All Just Get Along? 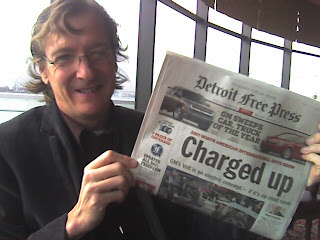 What a difference a week or two can make.

Chris Paine, director of "Who Killed the Electric Car?," is attending the Detroit Auto Show. And he's not the pariah-in-residence. He's all charged up about the Chevy Volt.


'Paine is convinced GM is serious about the Volt and about making a transition from fossil fuel to electric power for its vehicles.

"Top management is behind this," he said. "GM is responding to the marketplace."'