Subaru to Begin EV Sales in Japan in 2009 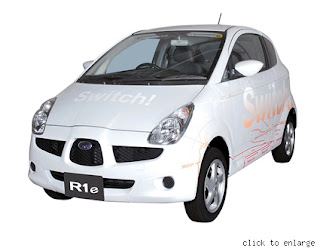 Fuji Heavy Industries (FHI) has issued a press release, according to Green Car Congress, announcing that 2009 rather than 2010 will see the sales of the first 100 electric Subarus in Japan. FHI's President Ikuo Mori foresees the price down below $20,00 by 2012 for this subcompact, as production ramps up for the Lithium battery packs.
Posted by Marc Geller at 8:24 AM 5 comments: