"In an interview with The Chronicle, Musk said the new alliance would produce a joint Toyota-Tesla car that would be a Toyota vehicle powered by a Tesla drive-train, hitting the market before the Model S. The companies also plan to develop other electric vehicles together, he said."

[Source: San Francisco Chronicle]
Posted by Marc Geller at 10:09 AM No comments:

Toyota and Tesla make a deal; NUMMI back in business

This is a big deal. Biggest EV news since Carlos Ghosn got religion.
I just watched the press conference where Musk and Toyoda announced an agreement.

Toyota's investing in Tesla.
Tesla's buying the NUMMI factory.
Model S and subsequent vehicles will be made at NUMMI.
Tesla won't oppose any union activity.

This is obviously great for Tesla and advocates of electric cars.
It's great for the San Francisco Bay Area.

It's also great for Toyota. They appear forward-looking. And give people something other than brake problems to think about when they hear "Toyota."

Toyota gets to continue their "everything hybrid" goal without damaging the brand's strategy.

And they take their great knowledge of electric vehicles off the shelf where it gathers dust.

As one whose 8 year old Toyota electric car with 78,000 miles on the original battery pack drove exactly 100 miles yesterday using 89% of the charge, I welcome Toyota back.
Posted by Marc Geller at 5:24 PM 2 comments: 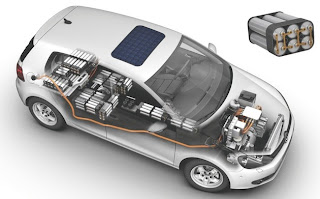 “I wouldn’t say it has failed yet,” said Doug Suttles, the operating officer for exploration and production for BP, the company that was leasing the oil rig when it exploded April 20. “What I would say is what we attempted to do last night didn’t work.”

The slick, which has already come ashore on the Chandeleur Islands off southeast Louisiana, is projected to curl west in the next three days, threatening not only the Mississippi River Delta but also miles of Louisiana coastline to the west of the river.