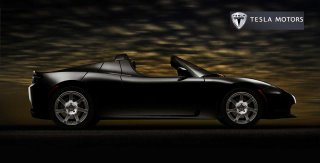 Who Killed the Electric Car?

Since my last report, the success of the film “Who Killed the Electric Car?” set the stage for the dramatic unveiling of the Tesla Motors Roadster in Santa Monica on July 19th.

By mid August, the film had grossed over $1 million in its theatrical release, thanks in no small part to the great promotional efforts by members of the Electric Auto Association. From Oregon to Florida, members continues to promote the film and promote the idea of electric cars at screenings. In numerous cities, members have been out with their cars and literature to answer the many questions audience members have after viewing the film. The result has been not only greater visibility for our cause but also increased membership for both the EAA and Plug In America. The movie is entering its seventh week at some theaters, and is opening in more venues every week.

Riding this wave of publicity, with movie reviews across the nation asking the question “Who Killed the Electric Car?,” Tesla Motors provided one convincing answer in the business pages. “Not Dead Yet” indeed. While priced dearly at $100,000 for the first 100 vehicles, the car’s specs are so impressive and the company so well capitalized that it received prominent coverage across the nation, including the front page of the San Francisco Chronicle. The countdown to delivery begins.

Certainly, events in the world have conspired to drive attention to the film and the Tesla. Oil prices peaked once again at over $75 a barrel. The shutdown by BP of its Prudhoe Bay drilling operation and the Alaska pipeline due to years of neglect threatened to reduce our domestic supply of gasoline. The war between Israel and Hizbollah has brought massive petroleum spills to Beirut’s beaches as a result of the bombing of an oil-burning electricity generation plant.

Can We Save Pasadena's Electric Cars? 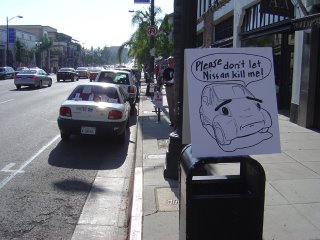 And then on August 8, amid all this bad news, a ray of sunshine. On that day, employees of the City of Pasadena acted decisively to protect their electric Nissan HyperMinis from being taken to the crusher by Nissan car carrier trucks. Working with Southern California members of Plug In America, they used other electric vehicles to physically block Nissan from being able to take the cars. This virtual municipal revolt against the car companies' confiscation of electric cars has revived the campaign to stop the crushing. The Pasadena Star News covered the story as it developed, culminating in a strong editorial supporting the city’s efforts to keep the non-polluting cars on the road. The Mayor of Pasadena expressed his support for the city employees who prevented the Nissan car carriers from leaving with the electric cars Pasadena would like to purchase.

Plug In America is working to support the efforts of Pasadena. We need your help to spread this effort nationwide. Call Nissan at (800) NISSAN-1 or (800-647-7261) and tell them to let Pasadena buy their electric HyperMinis. Make sure your municipal fleets with electric cars do everything in their power to keep their cars! If you find out what’s up with EVs in local fleets, let us know. And in our next report we’ll let you know about progress made to save the Pasadena HyperMinis.
Posted by Marc Geller at 5:55 PM